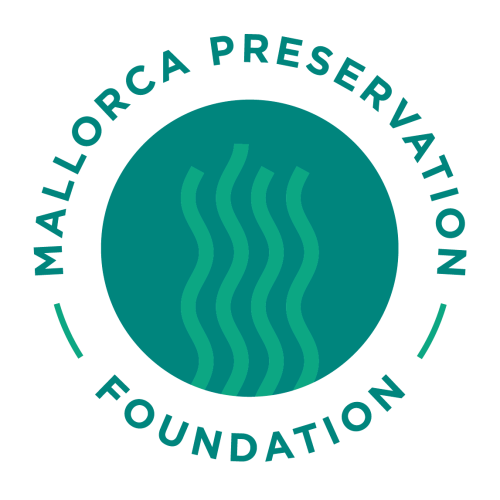 I am a professional endurance athlete living in Mallorca.  All my life I have felt a strong connection with the ocean and have loved swimming. I am originally from Scotland, so I am used to seeing an abundance of marine life. But recently I have become acutely aware of the impact humans are having on this incredible underwater world.  I have seen first-hand the increase of plastics and noticed the ecosystems struggling. Our oceans are in decline, marine life is under severe threat, and unless we do something about this many more species will become extinct in the coming decades. Sharks are one of those most at risk.

As apex predators, sharks play an important role in the ecosystem, bolstering biodiversity. They maintain the species below them in the food chain and serve as an indicator for ocean health.  Seagrass beds, coral reefs and fish all depend on sharks to thrive.  Unfortunately, sharks are mostly slow to mature and have low reproductive rates which puts them at risk.  Many species are in decline due to overfishing of their food sources, but also because they are killed as by-catch in unsustainable practices, or are fished for their fins. Shark fins are still hugely valuable in some parts of the world.

The Stellaris Project aims to breed Scyliorhinus stellaris in captivity to release into the waters around Cabrera Island. The Nursehound shark is a large catshark native to the Balearic Sea. The embryonic development to hatching takes a long 9 months and although it can reach up to 1.6 m in length, on hatching they are only around 16cm long. This makes them easy prey for other marine predators. This beautiful shark was once abundant in the waters around Mallorca but are now declining as so many others are.

This project is just one of the many remarkable projects that the marine conservations groups here in Mallorca are taking part in. However, it is one of the most important. As a pilot project, it will test the feasibility and success rate of this method of breeding in captivity for release. If it is successful, it will pave the way for future similar projects to be conducted on severely endangered shark species. It is a very delicate process to breed and reintroduce sharks into the sea, but the hope in the long term is to restabilise the ecosystem balance.  For us swimmers that could mean more turtles and fewer jellyfish, and who is not a fan of that!

Between 14 and 21 August 2021 I will swim the Cabrera Channel to raise money and awareness for this project. Cabrera is an island that lies off the south coast of Mallorca and is a marine and land national park.  The water between the island and Cap Blanc on the coast of Mallorca is a designated marine reserve and one of the largest in the Mediterranean.  The swim will be around 16km depending on currents, some three times the longest distance I have swum previously. All money donated will go directly to the marine biologists and conservationists involved in the Stellaris project.  If you care about the biodiversity of our oceans and are looking for a way to make a direct and significant impact then this is it.

To reach this goal, the MAPF raises funds from individuals and businesses who care passionately about Mallorca, to support local organisations that focus on protecting, preserving and sustaining the island. We focus on marine conservation; landscape, sustanable farming and local food production; biodiversity protection and regeneration and sustainability.

Well done. Amazing achievement for a good cause

Wish I could come and join you for the odd few KM. looks amazing and a great cause. Good luck

Fabulous swim and great cause 👍

A worthy cause that will demand a tremendous effort from you Caroline. Your training and resolve will secure your success!

All the best for the swim crossing! :-)

Will take an impressive effort to achieve. All the best 💪🏻

A great challenge for a great cause!!
Go Caroline!!!

Good luck in the Mallorcan swim. Hope to visit next year.