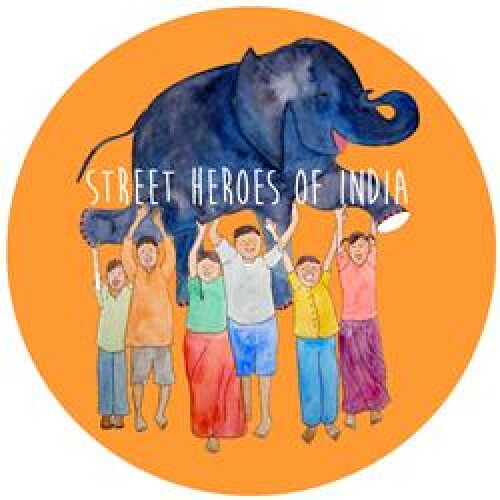 At Street-heroes Of India (SOI) we have created a campaign to help alleviate the dramatic situation that is unfolding in India. At SOI we work tirelessly every day to eradicate the abuse and violence that children suffer. Together we can combat this situation that these poor defenseless children are facing.

This most recent wave is likely to be even more damaging for children's mental health, and it increases the threat to their protection and education as children can face an increased risk of abuse, exploitation and neglect. Mental health is often among the most neglected aspects of a crisis like this one, and SOI on the ground is noticing an ever-increasing need for psychological support for children.

Children have become the most vulnerable population. In a country like India, where most of the child abuse cases go unreported In addition, financial implications and uncertain situations have put the families on additional strain. This has led to increased number of abuse cases reported on the helpline number. The recent increase in COVID-19 cases in India is extremely concerning. Not only from the humanitarian and health point of view, but also from the point of view of the psychosocial well-being of its population in general and of children and young people in particular. In a country like India where most cases of child abuse go unreported, children have become the most vulnerable population. Furthermore, the financial implications and uncertain situations have put families in additional stress. This has led to an increase in the number of abuse cases. Mental health is often among the most neglected aspects of a crisis like this, and Street-heroes Of India (SOI) on the ground is noticing a growing need for psychological support for children. It is essential to promote the lasting psychosocial well-being of children and young people at risk of social exclusion. These children and young people who suffer or have suffered great traumas, require psychosocial care and protection, which leads to adequate knowledge, by the personnel who is caring for them, of skills in Psychosocial Assistance that allow them to do it correctly, by the good of his rehabilitation and his future. Prevention of suicide and mental illness caused by trauma. The model of "Center for Psychosocial Assistance - Center for Expressive Therapies" to promote mental health in educational institutions in Cochin (India) is our response to this situation. With your collaboration in this challenge, you will make this center possible and you will be helping these children to overcome the traumas of the reality that they have had to live by giving them an opportunity for a better future.

Street-heroes Of India (SOI) is a non-profit association of professionals that provides psychosocial training, counseling and support for the emotional, psychological and social rehabilitation of children and youth at risk in India. The Psychological Society supports our project. We are a network of psychologists, therapists (-art, -music, -dance, -drama), counselors and coaches providing training on necessary psychosocial tools for the care staff in charge of them.

SOI´s contribution makes possible: - Training local caregivers (counselors and staff) to ensure the right guidance for the children psychosocial rehabilitation - Work with children to develop their life and social skills - Support and supervision for particular psychosocial intervention initiatives - Organization of activities aiming to raise public awareness about the need of this psychosocial intervention to achieve real rehabilitation of childhood and youth.