6Point is supported by the Ajuntament de Calvia and by the Consell de Mallorca and a number of commercial sponsors.  We raise money for charities and in the 3 years to date we have raised over €73000, all of which has been given to the charities.  For 2020 we are supporting Asdica https://www.asdica.com/?lang=en and Save-the-Med https://www.savethemed.org/en/.

6Points covers a total of over 425 kilometres and 7500 metres of vertical climbing (as calculated by Strava).

Due to Covid-19, for the 2020 event, we have had to implement Plan B which has a different routing on Stages 2 and 3. It offers three days of fantastic riding and will cover a total of over 387 kilometres and 6320 metres of vertical climbing.

Stage 1 (154 kms and 3183 metres of climbing) is from Santa Ponsa to the most westerly point, St Elm and then follows the Tramuntana to Soller and up the big 14 km climb of Puig Major to the highest point. The route then drops down to Port de Pollensa where the 6Pointers will spend the night.

Stage 2 (103 kms and 1792 metres of climbing) is from Port de Pollensa to the most northerly point along the beautiful Cap Formentor peninsula and back to the Santuari Lluc (our first alternative point) and down the picturesque pass to Caimari, Selva and then back to Port de Pollensa on the wine farm roads.

Stage 3 (130 kms and 1345 metres of climbing) is from Port de Pollensa to Alcudia and then down to Sineu and to the Santuari Randa (our second alternative point), across to Sant Maria, up the last climb to Col de Tords and to our home town of Calvia before crossing the finishing line and touching the bike wheels into the sea to achieve the 6th point.

Charity cycle ride to the six extremities of Mallorca – 4 compass points , to the highest and lowest points in three days. 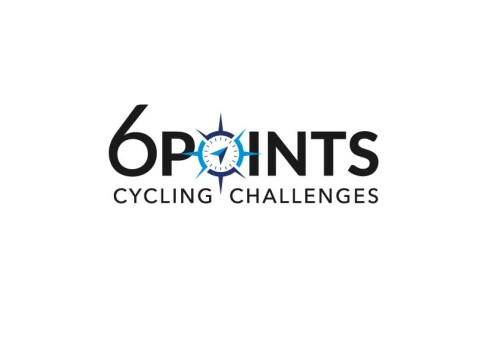 Three days of riding around the Island of Mallorca 420k 7,500m of verticle